This project proposal focuses on Mediterranean traditional agroforestry and agri-food systems to assess their role in being practical examples of adaptation and resilience to global challenges. The proposal will study three GIAHS sites in Mediterranean countries: Italy, Morocco and Algeria. These sites are examples of agroforestry and agri-food systems developed throughout the centuries and strongly linked with the identity and culture of local communities, contributing to their incomes and wellbeing. Moreover, these systems represent humankind’s adaptation to different and complex environments, and in turn, they adapt themselves to socio-economic and environmental changes and shocks during the decades.

The three selected sites in Italy, Algeria and Morocco, are also good examples of systems based on the Mediterranean Diet, today widely recognised for its multiple health benefits and its low environmental footprint, that in 2010 has been included in the UNESCO List of the Intangible Cultural Heritage of Humanity. 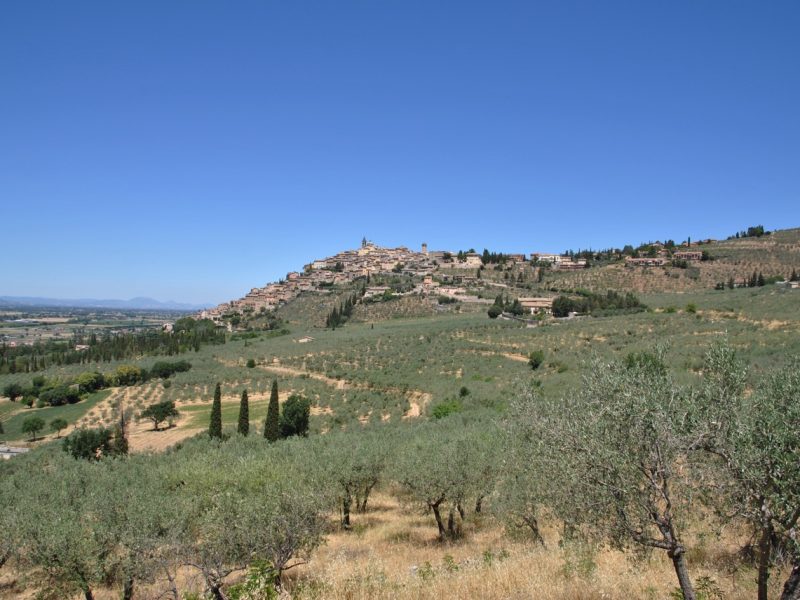 represent one of the most important areas in Italy for Protected Designation of Origin (PDO) extra-virgin olive oil production. Associated with the quality of the final product, the area preserves a high landscape quality, testified by its inclusion in the National Register of Historical Rural Landscapes established by the Italian Ministry of Agricultural, Food and Forestry Policies. Olive trees are cultivated on dry-stone terraces that represent a way to cultivate steep slopes, a defense against hydrogeological risk and an efficient system for water and soil preservation. Oil production in the Umbria Region is economically relevant, accounting for 5% of the gross marketable agricultural production, involving 24,100 farms and 270 oil mills. Despite the good level of integrity of the system, some vulnerabilities might turn into potential shocks in relation to hydrogeological and environmental equilibrium. 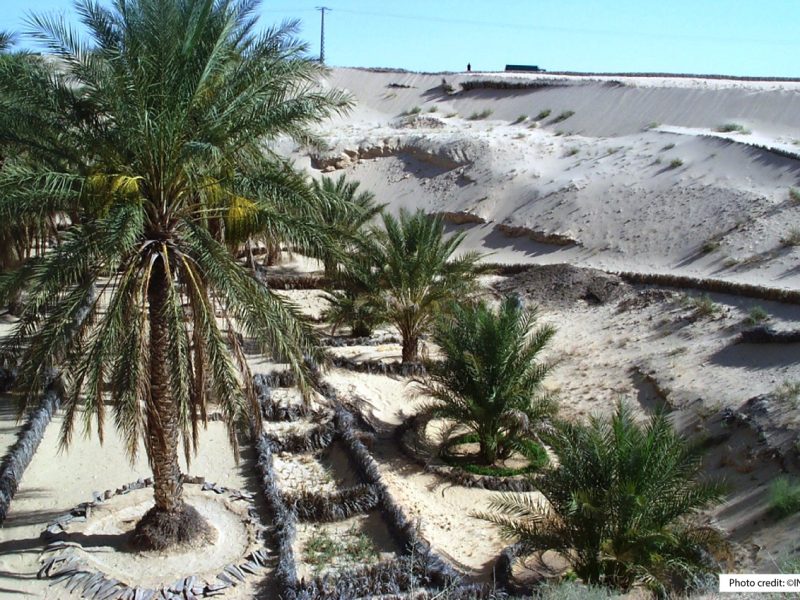 are a peculiar agroforestry system developed by the Soufi farmers in the XV century to adapt to the arid climate. Unlike other systems based on bringing the water to the crops, this system is based on bringing the crops near the water without irrigation networks, thanks to the closeness of groundwater to the earth’s surface. Ghouts are 0.5-1.5 hectares craters dug into the sand to approach the water level, allowing the cultivation of several date palm varieties and other crops, with low external inputs. Over 6000 ghouts have been abandoned in the last decades (2015 study by the provincial Agricultural Department) with negative consequences on food security, agrobiodiversity and cultural heritage, mainly due to groundwater level rising, followed by property fragmentation, aging of palm groves, non-respect of plantation densities, soil fertility overexploitation, and excessive groundwater pumping to irrigate modern cultivations. (Photo credit: ©INRAA.) 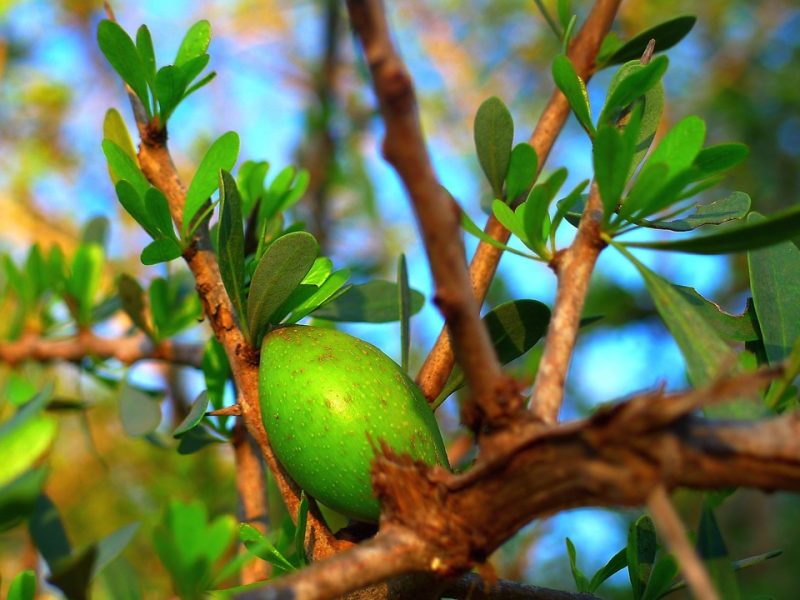 proved its high resilience to a harsh environment under water scarcity, risk of erosion and soil degradation through centuries. The livelihood of local communities is directly or indirectly linked to argan trees, but the system also provides other food and by-products to respond to the community’s needs: more than 50 plants are cultivated, often on dry-stone terraces, in addition to livestock breeding. The traditional water conservation strategy is an example of adaptation and resilience to environmental hash conditions and can serve as an example of a sustainable technology to be replicated in other dry agri-food systems. In addition, the role of local cooperatives for argan oil production (labeled as PDO) is crucial for women as they can earn a fair salary.

MedAgriFoodResilience is supported by the FAO GIAHS Programme Secretariat.

The author(s)/editor(s) acknowledge the financial support through the partners of the Joint Call of the Cofund ERA-NETs SUSFOOD2
(Grant N° 727473) and FOSC (Grant N° 862555).

Manage Cookie Consent
To provide the best experiences, we use technologies like cookies to store and/or access device information. Consenting to these technologies will allow us to process data such as browsing behavior or unique IDs on this site. Not consenting or withdrawing consent, may adversely affect certain features and functions.
Manage options Manage services Manage vendors Read more about these purposes
View preferences
{title} {title} {title}